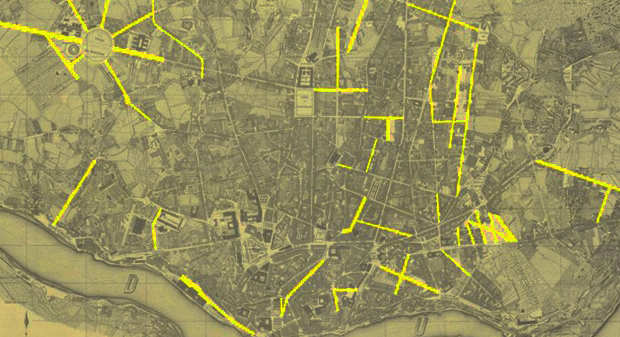 MORADA ABERTA / Portuguese idiom that designates certain people’s ability to communicate with spiritual entities, as well as their receptiveness to premonitions of different kinds.

On the one hand, MORADA ABERTA evokes a medium’s ability to communicate with other spatial and temporal realms. On the other, it points towards the experience of an open neighborhood that potentiates the act of sharing and the dynamics of proximity.

MORADA ABERTA aims to grant existence and visibility to the “holes” generated in 2020, by interpreting them (following the lead of recent astrophysics theories) as sites of possibility and generators of new universes.

Based on recovering a specific idea of neighborhood and on blurring the lines between public and private spaces, MORADA ABERTA challenges its guest artists to imagine Visions of Possible Futures, by occupying specific spaces that became empty in 2020 - the year that never happened.